We walked up to the hospital today first thing – not so many greetings as the road was quieter with most people already in school or at work – the Kenyans are early birds!

Once at the hospital we’re ready for a good full-on day and get stuck into the project, picking up where we left off yesterday – recoating the cupboards that will be used on the male and female wards to store med and equipment.

A 40 years old woman had been trying to have her cleft lip operated on for a very long time and kept getting refused, then it got to a stage where the other hospitals would tell her she is too old.

She heard about Dreamland and came along this week for the Smile Train to be assessed.  This week she will be operated on to correct it, a life changing surgery.

In comparison, a father had bought back his 23 month old, Belinda.  Last year at 11 months old and only 3kg, she was too malnourished to be safe under anaesthetic and so Dreamland had showed him how to feed her to keep her alive and build her up enough for the operation this year.

He had made the long journey again and the father was sharing how he believes that Belinda will change his fortune.

Gary has been helping David the carpenter all day – he is so enthusiastic and welcoming and was really pleased to have Gary’s assistance!

After a brief chai break – with bread and butter sandwiches – Gary and Colin played football with some of the children waiting for their operation which was really appreciated and lovely to be able to help in another way!

They’re so grateful of our help all over the hospital and every time a hospital member of staff passes us working they would say “You are doing a good job!” – we’re starting to believe them!

A break for lunch included the Kenyans staple food, Ugali(maize flour and water). A stodgy lump of dumpling type food which Gary suggested could be used as a filler!

For me, it was back to the cupboards (this time using oil based gloss paint as the water-based vinyl silk had run out…we did not enjoy using it with the short tatty bristles!!)  Plus I got to observe an operation on a 5 year old boy named Brian who was having a cleft lip and pallet repaired by Smile Train.

So a full day ended with beef stew back at the guest house and another night of eating in the dark due to the intermittent electricity and a storm! 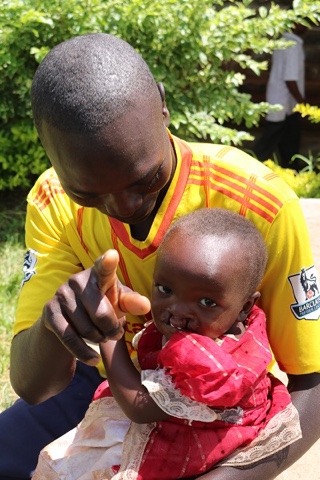 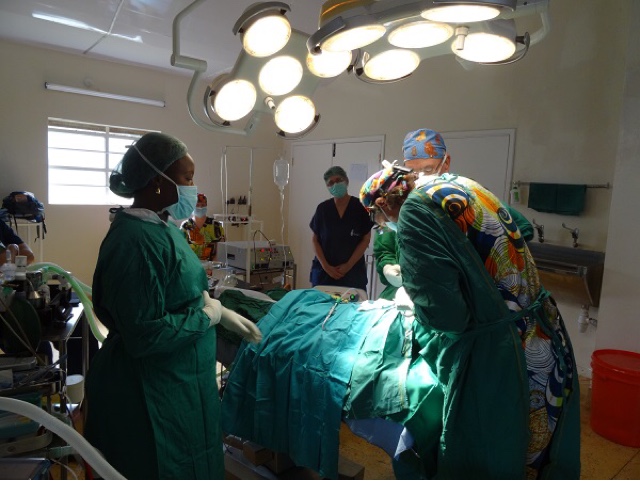 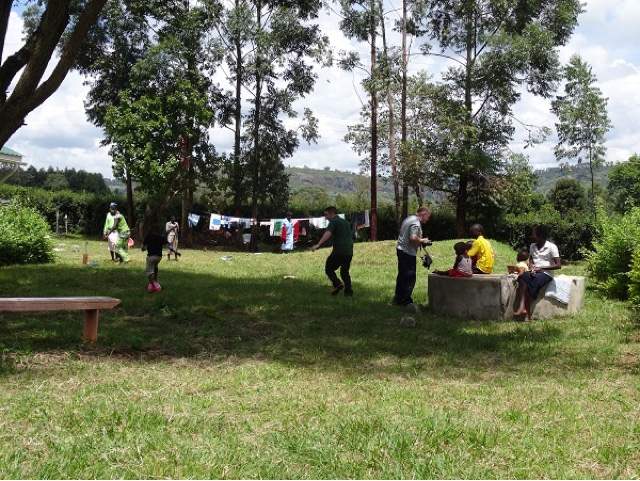 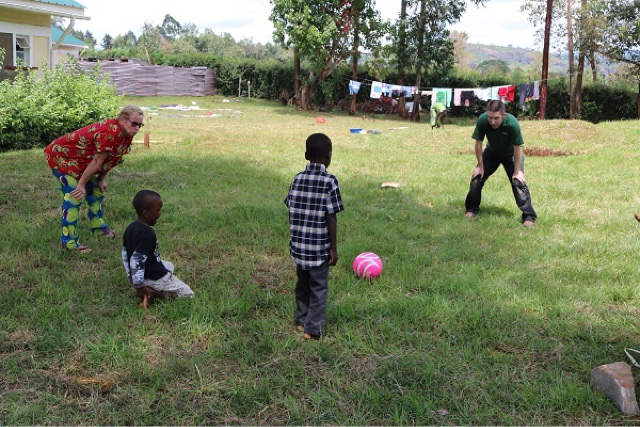 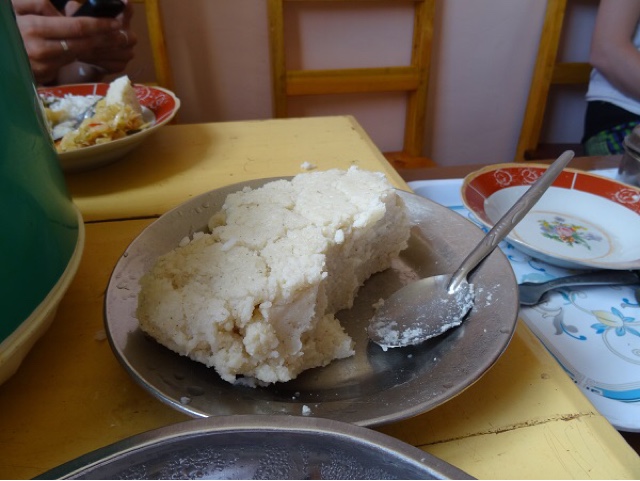 Posted by Inspire Worldwide at 06:49